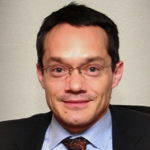 Juan is the Network Director of the Global Initiative on Fiscal Transparency, a multi-stakeholder action network aimed to advance global norms and fiscal transparency and participation in countries around the world. He was founding Information Commissioner of the Federal Institute for Access to Information & Data Protection in Mexico (2002-09), where he subsequently became the Secretary General (2013-14). Between 2009 and 2013, he was the manager of the Mentoring Governments for Transparency Program at the International Budget Partnership. Before 2003, he was a university professor at the CIDE (Center for Research & Teaching in Economics) in Mexico (1994-2003). He started his career as news reporter and correspondent in Washington & Paris, where he studied master and PhD programs in public policy.