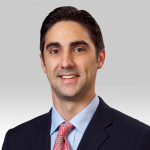 Liam Localio is a Managing Director at Greylock Capital Management. Prior to joining the firm in 2013, he was a member of the Investment Banking Group at BroadSpan Capital in Miami for three years, focused on advising both creditors and debtors in the restructuring of corporate and sovereign debt in Latin America and the Caribbean, as well as on mergers and acquisitions throughout the region.

Liam received a BS in Economics with a concentration in Finance from the Wharton School at the University of Pennsylvania in 2010.