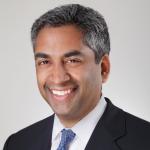 AJ Mediratta is a Member of the Board of Directors of the Emerging Markets Investors Alliance.

Prior to joining Greylock, AJ was the Global Head of Bear Stearns’ International Debt Capital Markets Group. His group at Bear Stearns was responsible for the capital market financing transactions for sovereign, quasi-sovereign and corporate clients of Bear Stearns in Latin America, Asia and the Middle East. From 2000 to 2008, AJ’s group at Bear Sterns underwrote more than $30 billion of securities in more than fifteen countries worldwide, and acted as a financial advisor on several corporate and sovereign debt restructurings.

Prior to joining Bear Stearns in 1997, AJ headed Credit Lyonnais Securities (USA) Inc.'s, fixed-income Structured Products Group for emerging markets in New York.  Before joining Credit Lyonnais Securities in 1995, AJ spent three years at The Weston Group, a New York based investment banking boutique, specializing in the origination and structuring of private placement issues out of Latin America.  AJ joined Weston, after graduating from the Columbia University Graduate School of Business. Prior to Weston, AJ also worked in the International Division of the Export-Import Bank of the United States in Washington D.C. In addition to the Emerging Markets Investors Alliance, AJ serves on the board of directors of Unit Trust Corporation, a U.S. registered investment company.

AJ earned a B.A. in Economics from Williams College and an M.B.A in Finance and International Business from Columbia University Graduate School of Business.  He holds a Chartered Financial Analyst (CFA) designation. AJ is fluent in Spanish and conversant in Portuguese.