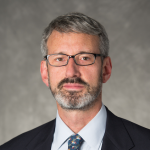 Eric Fine is a Member of the Board of Directors of the Emerging Markets Investors Alliance.

Eric has been conducting business in emerging markets for over 25 years. Eric joined Van Eck in 2009 and currently serves as the Portfolio Manager for Van Eck’s Unconstrained Emerging Markets Bond Strategy. Eric also oversees the Emerging Markets Fixed Income team and is responsible for portfolio strategy, credit and market analysis, and security selection.

Prior to joining Van Eck, Eric founded, and managed from 2004 to 2008, Morgan Stanley’s Emerging Markets Proprietary Trading group. Eric worked at Morgan Stanley for fourteen years, including six years as director of the Europe/Middle East/Africa (EMEA) research group, and four years as director of the Global Emerging Markets Economics and Strategy research group, winning numerous research awards (including from Institutional Investor and Euromoney) and outperforming indices with his model portfolios. While at Morgan Stanley, Eric advised numerous governments on economic policies and debt profiles and rescheduled sovereign debts in countries such as Turkey and the Dominican Republic. Prior to Morgan Stanley, Eric started and led a telecommunications company in Russia for the Harvard Institute for International Development that built the country’s first securities clearing system.

Eric earned an M.P.A. in International Trade/Finance from Harvard University’s Kennedy School of Government, and a B.A. in Public Policy from Duke University. He has made numerous media appearances and is a contributing author for Institutional Investor and Barron’s.