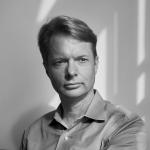 Jens began his career in 1998 as an Economist at the International Monetary Fund, where he worked for the Research, Policy Development, Special Operations, and International Capital Markets Departments. He then joined Deutsche Bank in 2004, initially as Chief Economist for EMEA and Head of the Local Markets Strategy, and subsequently held senior research positions in both the Emerging Market and Global FX Research groups. Jens then joined GLG where he was part of the Global Macro Investment team. Following GLG, Jens joined Moore Capital in 2008 where he held roles in portfolio management and global macro analysis. In 2014, Jens joined Morgan Stanley as a Senior Portfolio Manager and Head of Sovereign Research. He joined Emso in 2017 as a Long Only Portfolio Manager. In 2022, he became Co-Deputy Chief Investment Officer.