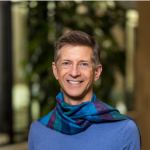 Kevin Bohrer is a Member of the Board of Directors of the Emerging Markets Investors Alliance.

Prior to the Margaret A. Cargill Philanthropies, Kevin spent eight years at The William and Flora Hewlett Foundation as a program officer in the global development and population program, where he designed and implemented strategies to ensure that public monies, including revenues from natural resources, are used to improve public service delivery outcomes for underserved populations in developing countries. Kevin worked extensively with other funders to strengthen organizations dedicated to improving the transparent and accountable use of public resources, particularly through the advancement of international norms and standards such as the Extractive Industries Transparency Initiative, the Open Contracting Partnership, the International Aid Transparency Initiative, and the Global Initiative for Fiscal Transparency.

Earlier in his career, Kevin spent ten years in Africa, including five years in Kenya with the U.S. Agency for International Development, promoting more open access to information, vibrant civic engagement, and robust civil society organizations. Kevin began working with citizen groups in developing countries while serving in Mauritania as a community agricultural extension agent with Peace Corps. He then went on to conduct field research in Guinea, including studies on community-based natural resource management practices and refugee survival strategies.

Kevin earned both a Ph.D. and an M.A. in cultural anthropology from the University of Wisconsin, Madison. He also holds a B.Sc. in foreign service from Georgetown University.