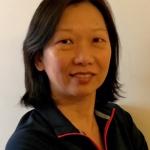 May has 22 years of international investing experience, primarily in emerging and frontier markets.  May spent 10 years in Hong Kong/Taiwan as an analyst with research responsibilities for banks, telecom and consumer stocks in Asia ex-Japan for sell-side firms:  Peregrine Brokerage, ABN AMRO HG Asia and Indosuez WI Carr, before later moving to the buy-side at HSBC Asset Management.  May then moved to New York and joined an EM distressed hedge fund, Greylock Capital where she was part of a small team that launched Greylock’s EM equities long/short fund.  She was also with family office Fintech Advisory before joining Neon Liberty Capital in 2010, where she is presently the portfolio manager for a $130m emerging/frontier markets small-micro cap fund, as well as specializing in North Asia for the firm’s main funds which have an aggregate AUM of $1.3bn.

May is a CFA charterholder and graduated from Cornell University with a B.S. in Biology with a concentration in cell biology.   She is an active committee member of EMPower, a charity focused on youth/women’s programs in emerging markets.