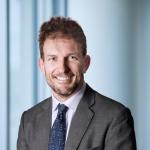 Simon Pickard chairs the Investment Committee and sits on the Advisory Board for UBP's Positive Impact equity funds, which invest in companies whose activities further the UN Sustainable Development Goals. He also acts as an independent consultant for these impact funds.

Previously, Simon co-managed the Unconstrained Emerging Equity strategy at Man GLG, having joined the firm in June 2015. Prior to that role, he was Head of Emerging Markets at Carmignac Gestion, running their large and mid-cap GEM funds from 2008 on after an initial five years covering Pan European equities.

His more than 20 years of equity investing also include four years with Jupiter and three years with Argos. Prior to his financial career he worked for four years in the shipping industry in Asia with Swire Group. Simon holds a history degree from Trinity College, Cambridge University and is a CFA charterholder.